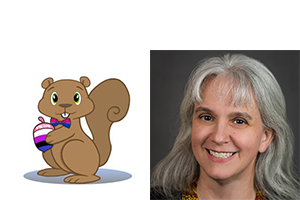 It gives us great pleasure to welcome Angel Martinez and Freddy MacKay back as the guests on Episode 189 – There’s Murder Involved!!

Angel Martinez and Freddy MacKay introduce the second book in their Lijun Series: Trysts and Burning Embers. We also delve into writing non-binary characters and ways to bend tropes into something new.

The unlikely black sheep of an ivory tower intellectual family, Angel Martinez has managed to make her way through life reasonably unscathed. Despite a wildly misspent youth, she snagged a degree in English Lit, married once and did it right the first time, (same husband for almost twenty-four years) gave birth to one amazing son, (now in college) and realized at some point that she could get paid for writing.
Published since 2006, Angel’s cynical heart cloaks a desperate romantic. You’ll find drama and humor given equal weight in her writing and don’t expect sad endings. Life is sad enough.
She currently lives in Delaware in a drinking town with a college problem and writes Science Fiction and Fantasy centered around gay heroes.

Freddy Mackay is a bisexual, biromantic, genderfluid nerd and geek who grew up in the Midwest playing soccer, diving, swimming and doing gymnastics, along with running around outside as much as possible–preferably spending that time in swamps and hiking through forests. The haphazard escapades have not changed, except some of them have been replaced with a healthy geocaching addiction and a love for Science Fiction and Fantasy. Freddy likes worms, dancing and being outside… and toll passes, but you’ll have to ask on that one.