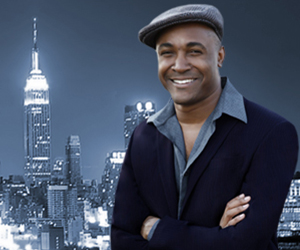 It gives us great pleasure to announce Jeff Rivera as the guest on episode 072: Connect from the Heart!

This week joins us to talk about Jeff’s I Got You series and how he came to focus on writing the novella. He also drops some tips for speed-writing, and wisdom about writing from the heart instead of the academic’s chair. Finally, he gives some great insight on how to make Kindle Unlimited work for you!

You can buy Jeff’s work here:

Connect with Jeff on your favorite social site:

Jeff Rivera is an author and inspirational media personality. He has appeared on national television, radio and print in such outlets as Forbes.com, The Boston Globe, Publishers Weekly, Right On! Magazine, Rotarian Magazine, TMZ, WABC, WNBC, WCBS, SITV, American Latino and NPR.

He also writes or has written for Entertainment Weekly, Mediabistro, GalleyCat, Publishing Perspectives, Digital Book World, Examiner, American Chronicle, School Library Journal and the Huffington Post and has been invited to speak and inspire groups all over the world from South Carolina to Nigeria. He has been on panel discussions for The Library Journal, Authors Guild, the Harlem Book Fair and many others.

He is known to have broken the news that Seth Godin was ditching traditional publishing which lead to mentions on hundreds of blogs and media outlets including The LA Times, Fast Company, and New York Observer. His news break that Jackie Collins would be self-publishing the US-version of her eBook lead to mentions in The Bookseller, The Guardian, USA Today and hundreds of other outlets.

His humble beginnings of living in American poverty on welfare and food stamps as the child of a single mother, to his days living in his car and final rise to becoming a published author, journalist and media personality have inspired many.

Rivera created a massive online following before the eBook revolution even existed. He was able to land an agent and a book deal with Warner Books (now known as Grand Central Publishing) within 7 days. He has used the knowledge he gained from this experience to help coach his clients on social media campaigns and has helped over 100 clients take the first step in landing an agent too.