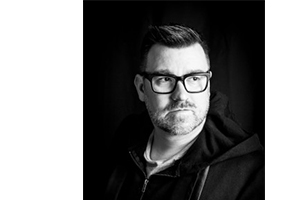 It gives us great pleasure to welcome Josh Aterovis as the guest on Episode 198 – Suddenly There Was a Dead Body!

Josh Aterovis joins us to discuss his YA sleuth series (with the current release of A Change of Worlds), and how the landscape of queer YA has changed so much from 2001 when he published his first gay mystery novel.

Josh Aterovis fell in love with mystery novels in the fourth grade when he discovered the Nancy Drew series in his school library. He soon moved on to Agatha Christie, which led to a lifelong love affair with whodunits, culminating in his award-winning Killian Kendall mystery series.

Aterovis grew up on the bucolic Eastern Shore of Maryland, which, coincidentally, just happens to be the setting for the Killian Kendall books. He now lives in the quirkiest city in America — Baltimore, Maryland — where, besides writing, he is also an artist and, sometimes, an actor.